On April 1, 2020, a few days after the first phase of nationwide lock-down in the country was announced, I had a rather gloomy conversation with my mother, the Director of a private school in the vast suburb sprawl of Kosi, Uttar Pradesh. She was worried about the grim prospect of conducting online classes for the students as around a staggering 30 percent of the batch had no internet facility at their homes. Additionally, the teachers of the school were inundated with complaints from some parents who lambasted the idea of e-learning as it would disconnect their children. This left me pondering over the state of existing digital divide, and how a gradual shift to online education has pushed the digital have-nots to the periphery of education, thereby increasing inequity in educational outcomes.

What the pandemic has exposed is painfully clear – the internet access at home is pitifully low in India, which has been acting as a deterrent in providing basic goods like education and health to the underprivileged section of the society.  The current situation has put the theory of economics at trial, with the provision of internet becoming a necessity for survival during these extraordinary times. The worst affected is the education sector and the damage runs deep. It is not only the teachers’ livelihoods that are being affected but the children’s collective future and mental health. With deplorable working speed, especially in the distant mountain villages, online classes are not yielding any results. Various stories of students of University of Delhi have also revealed that the abrupt transition to e-learning barred them from attending classes due to no access to internet. While 66 percent of India’s population lives in villages, ironically, only 15 percent of rural households have access to internet, exacerbating the current inconvenience they are already facing during the pandemic.

Additionally, the health sector has been engulfed by a myriad of problems due to the limited access to internet. With states already teetering on the edge of a public health crisis, inadequate fibre facilities and unflattering internet speed have been infrastructural hurdles in the success of telemedicine. With OPDs of hospitals partly functional, patients in some parts of the country have been unable to seek specialised treatment online. A research study from Jharkhand revealed that some renowned psychiatrists in the state, in sharp contrast to their urban counterparts, realised that video conferencing for attending their patients was proving to be an ineffective substitute due to the limited diffusion of technology in the area. Another major barrier has been the lack of access to health information, with several interactions of public doctors in Rajasthan and Delhi stressing over how uninformed and alienated patients from underprivileged background were due to limited access to social media. Unbeknown to latest developments of government initiatives and Coronavirus-related information, they have been left petrified by the hearsay, stigmatising the virus and refusing to isolate themselves under rules of quarantine.

Thus, the internet has been acting as an impediment for equal opportunities of health and education, mainly in rural areas. The past efforts of the state have been unsatisfactory to ensure nationwide access to internet. The Government of India’s ambitious Bharat Net program to connect more than 6 lakh villages through 2.5 lakh gram panchayats or village blocks with high-speed Internet has been far from achieving its targets. As of April 2020, only 8.33 percent of all gram panchayats have service-ready Wi-Fi hotspots. The major implementation challenges have been two-fold. First, there have been multiple stakeholders (i.e. public sector undertakings) involved in the project, leading to no single agency taking ownership or responsibility of tasks. Secondly, private players (i.e. internet service providers) view the initiative as a black hole with no return on their investment, along with their scepticisms about the quality of infrastructure.

Covid19 has underscored the need for the government to learn and rethink its approach in the long run. It has been realised that even if the connectivity reaches rural India, without a new sustainable economic model, the network would not be able to sustain itself at the village level. The rampant concerns highlight that the policy in-action that requires immediate implementation across states is clear: ‘community-owned networks’ to immediately bridge the digital divide facing rural India, reducing dependency of villages on the government and making the villagers feel they own the internet. Panchayat being the local self-government at the village level, could take ownership and investment decisions of the network, prioritising services based on the needs of its village. The public-private partnership (PPPs) could then enable Internet connectivity to reach the village from where it is taken over by the Panchayat. Simultaneously, additional GST refunds to top private internet service providers could be provided for a short period of time to incentivise mammoth corporations to immediately engage in multiple PPP projects at village level. The recent announcement by Google to buy a $4.5 billion stake in Jio Platforms Ltd., the digital arm of Reliance Industries Ltd., where millions of first-time internet users are added every month is a welcome move, but there is still an indispensable need for the government to step in and ensure access to internet connectivity in rural areas across the states. As the pandemic progresses and catapults us into an uncertain territory, the question worth asking is this: will we learn from our trying experience and rapidly expand internet facilities to build an egalitarian, just and self-sustainable society, or return to our pre-COVID ways of parochial thinking until the next pandemic rears its ugly head? The escape from COVID and the return to normalcy still remains a contentious issue debated by a plethora of health experts and economists, but what seems clear is that the right to internet is inextricably linked to the right to education and right to health in these trying times. Thus, the state must acknowledge the existing inequalities in access to internet across the country and take one step forward to move towards progress, after careful deliberation. 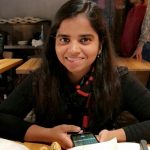 Himanshi Goel is pursuing Masters in Economics from the Delhi School of Economics. She has a keen interest in the socio-economic policy space and gender issues.

9 thoughts on “The New Hierarchy of Needs: Food, Water, Shelter…Internet!”