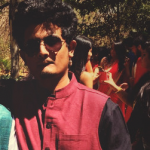 Srideep has worked with Dr. Duke Ghosh at Global Change Research, on various projects including the Smart Cities Mission India. He has also worked with Dr. Luisa Cortesi (Yale University) during her research in India. Currently, he’s an International Master in Business student at SDA Bocconi. He is an Economics enthusiast.