Book Review: The Country of First Boys by Amartya Sen

Do you ever look at the calendar on the table and wonder about it? Or do you just look for the date/s and continue with your work? Probably the latter because that is what calendars are for, right?  DD/MM/YY (or whichever format is suitable). But what if the Professor of Economics and Philosophy from Harvard University told you that the humble calendar is more than just the dates? To quote the Nobel Laureate himself:

“Caught as we are in India today in conflicting attempts to interpret Indian civilization and society, the calendrical perspective offers, I believe, some insights that are relevant and forceful. The calendars reveal, in fact, a great deal more than just the months and the years.”

You must be wondering what has calendars got to do with Professor Sen’s work? Isn’t he an economist? Yes and a Nobel Prize recipient. Prof. Sen argues that the history of calendars holds clues to the diversity of Indian culture and ethos. A unique take on the most debated topic in recent times.

The collection of essays- a journey of 15 years by the noted thinker spreads over the major three themes of culture, society and policy.  He asks pertinent questions on inequality, gender discrimination, class and caste dynamics, and deprivation; on the state of education in this country, on freedom of the press and economic development. Prof. Sen also muses about his life in Shantinketan, talks about the relevance of another Nobel Laureate- Rabindranath Tagore as well as the significance of the revival of Nalanda University, among many other things.

Some of those musings include:

How do deprivations related to class, caste, and gender interrelate?

How should we think about Sanskrit and ancient India without adding religious colour?

Why is it important to revive Nalanda, the world’s oldest university?

India is a country of first boys. A nation which takes pride in the achievements of her citizens across the globe, but very strangely, brushes the fact that close to one-third of the population is still unable to read and write. This gap, according to Prof. Sen, has alarming consequences for the development of this country.

“Meanwhile, the last boys, and particularly, the last girls, can’t even read, not having had the opportunity of going to a decent school- or any school at all. But even they, when they learn about the great accomplishments of well-educated Indians, also celebrate their achievements and take pride in ‘India’s success’. So everyone, it appears, is happy, and no one jumps up and down in anger.”

There are some books which preach and there are others which make you think. The Country of First Boys falls into the second category. These essays not only give an analytical perspective of India but also make the reader aware of crucial issues- ones which need to be prioritized on an urgent basis.

Recommending this book to anybody who has an interest in knowing the thought process of an economist-philosopher (or economists in general) who has been (and remains rightly so) a storehouse of knowledge, inspiration and guidance. 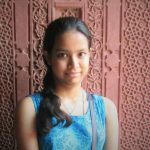