The COVID- 19 pandemic was touted as a Black Swan phenomenon, posing serious challenges for policymakers and the government to foresee the unfolding of the pandemic. The pandemic has not only clearly demarcated the socio-economic divide and the deep inequalities existing in the Indian Society but also exposed the plight of the migrant labourers. The imposition of nationwide lockdown saw the mass exodus of migrant labourers and now the migrants are oscillating between their fate and state amidst the uncertainty of earning a livelihood.

Herbert Simon gave the concept of  “bounded rationality” in his decision-making theory where one tends to make a bounded rational decision due to limited knowledge and one is not in a position to gauge the consequences of one’s action. In the current COVID-19 pandemic times, this concept has proved its relevance especially in the Migrant Labour Crisis wherein the nationwide lockdown decision could not envisage the consequences of it.

As our country is at crossroads today, more than the pandemic it is an unequal socio-economic structure which has accelerated the problems of the pandemic. The voiceless and faceless powerhouse of the economy- the migrant labourers were simply kept out of the envisagement of such a vital decision. And hence began the exodus of migrants from metros to their native places and again back to the metros in search of livelihood and basic sustenance.

A recent satire song Bambai Mai Ka Ba by Anubhav Shina aptly portrayed the situation of the migrant workers. It shows how people from the Hindi heartland fled to big cities like Mumbai, Delhi, Chennai, and many more places from their villages for livelihood. Manoj Bajpayee who is also from Bihar has sung this rap song, metaphorically using Bambai instead of Mumbai to depict their plight. It also manifests the history of the migration of the people of Bihar. In the song, the protagonist is asking a question, from himself, “ Bambai Mai Ka Ba” (What is in Mumbai)? The question asked to himself reflects the existential crisis of that person who has come away from family in search of opportunities. Many of the migrants didn’t want to leave their places where they belong to but they left with no choices and they have to leave their places just to earn a two-time meal.

Reverse Migration – On 24th March 2020, when the first lockdown was imposed, we saw the historical exodus of migrant workers & students from cities to their native places. Since the partition, India never had witnessed such displacement of people and humanitarian crises. During the lockdown, people died due to hunger and road & train accidents while returning back to their homes. Migrant workers returning to native places in COVID-19 times were the host for urban to the rural transmission of cases as the migrant-receiving states witnessed over five times increase in the number of districts having a more significant concentration of COVID-19 cases from 1 May to 31 May 2020.

The economic slowdown before the trigger of the coronavirus pandemic had already created hardships in the rural economy, especially the rural demand and consumption expenditure going down. Distress in the rural economy has not been limited only to the agrarian sector but has also spilled over to the larger economy with unemployment becoming a major challenge.

Many schemes/packages were announced during the pandemic to provide jobs to the people who returned to their villages. The prominent ones being Garib Kalyan Rozgar Abhiyaan implemented on a mission mode in 125 days in 116 districts of six states — Bihar, Madhya Pradesh, Uttar Pradesh, Rajasthan, Jharkhand, and Odisha that received the maximum numbers of migrant workers back. The budgetary allocation for the Mahatma Gandhi National Rural Employment Guarantee Act (MGNREGA), in the current financial year 2020-21 was INR 615 billion. On 17 May, Union Finance Minister Nirmala Sitharaman announced an allocation of an additional INR 400 billion for the scheme as a part of the INR 20,000 billion economic stimulus package announced under the government’s “Aatmanirbhar  Bharat” Programme. This increase was in light of the mass reverse migration taking place so that these newly unemployed labourers could get employed in their hometowns. The government also increased the daily wage rate of labourers under MGNREGA from INR 182 to INR 202.

MGNREGA has not been able to successfully generate employment and provide social security to the distressed migrant labourers. Reasons can be attributed to-

Moreover, the Government of India announced projects worth 16,000 cr for Bihar recently.  Despite these big packages and schemes on the ground, the reality mostly remained hollow. Due to such factors, a reverse trend has emerged now, with migrant labourers who had left for their native places after coronavirus lockdowns are returning back to the metros after falling into the trap of severe poverty, hunger and unemployment back at their villages.

Oscillating Back and Forth: The case of Bihar – The situation back in their native place, only added to their agony and today a reverse trend is being observed and people are returning to the cities for jobs.

The last year data of per capita income(GSDP and NSDP) of Bihar was lowest in the country and the acute poverty situation of Bihar can be traced to the economic backwardness of both the agricultural and industrial sectors. While natural or technological factors such as floods, poor development of infrastructure, and high population density play, their part, the state’s backwardness are related more to the iniquitous and exploitative socio-economic structure, lack of political leadership, and almost total collapse of the administrative and law and order machinery. The majority of migrant labourers are landless people in Bihar finding it very difficult to sustain their life in villages. According to The Socio-Economic and Caste Census 2011, half of rural India still doesn’t own agricultural land. Bihar land reform failed, unlike states like Jammu and Kashmir where it was successful under Sheikh Abdullah’s leadership.  And hence falling prey to the vicious cycle of employment and poverty.

On interviewing a few labourers who had returned to Bihar from the cities it was learnt that they are going back to the places where they were previously working. One of the villagers, Balwant Kumar who booked the ticket to return to Delhi said “ I have no more savings or money left to stay a single day in the village. It has been four months since I returned from Haryana and I have no other source of earning.”

However, some of the companies have sent buses to bring these migrant workers back (due to the severe shortage of workers in factories). Some of the labourers were informed by the contractor that they will get more money than what they were paid earlier if they go back to work.

Gudu Kumar, one of the residents of a neighbouring village also plans to return to Surat where he was working earlier but he was not able to get the train ticket due to limited service of the trains. He said, “I didn’t want to go back to Gujarat but I don’t have the option of working in my home state.” On asking whether he contacted concerned officials in the panchayat or block for getting work in MNREGA or through other schemes which have been announced by the PM to provide jobs in the rural economy during the pandemic. He replied, “ I had approached the Mukhiya (Head of the Panchayat) but he didn’t get any work for me”.

The overall scenario suggests how the informal sector although forming the rigid back of the economy is largely ignored during the decision making process in turn leading to greater resource wastage. Rather than tapping the potential of the informal sector, the decisions made during the pandemic kept them out of the mainstream policy-making and thus their plight today. The vicious cycle of poverty resulted into this unending cycle of migration with constant uncertainty looming around their fate.  As a whole, the situation of the poor has not improved in the absence of economic growth of agriculture & industry both and unsatisfactory working of several anti-poverty welfare programmes. Skill Mapping with proper maintenance of data and regularisation of the informal sector needs to be done. It is high time to replace piecemeal reforms with a robust infrastructure to boost the rural economy and provide social security to the blue-collar jobs by strengthening the manufacturing sector. 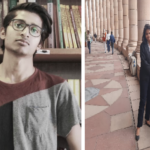 Rahul Kumar is Masters Student at Humanities and Social Science Department, IIT Gandhinagar.Sriya Rane is Graduate from the University of Delhi and currently consulting at the Parliament of India.

This author does not have any more posts.