Is Wage Determination really a function of Demand and Supply of Labour in Pandemic Economy?

The period after Black Death, according to Economic historian Christopher Dyer was that of ‘agitation, excitement, anger, antagonism and creativity’. The Government’s response was that of curbing demand and supply responses. It curbed the demand responses by regulating wages to pre-plague levels as lower population levels commanded higher real wages, at the same time it imposed restrictions on people’s mobility and settlement in urban areas. Usual trajectory of wages in pandemic economies, be it the Black Death of the 14th century or even the Spanish flu in the 20th century has followed an increasing trend. The reason being obvious, a supply shock due to large swathes of working class being wiped out due to high rates of mortality helped in pushing the wages up.

This stands in stark contrast to Standard economic theory that establishes market equilibrium wages as the intersecting point of labour demand and supply. This analysis, however, fails to account for various other factors affecting wages, embedded not only in social relations but also economic relations spanning within and across countries. Even within this analysis, there are glaring gaps between global North and South and the way in which class relations are defined.

If we take a historical analysis of how wage levels came to exist at their existing levels, we note that in the 19th century Britain, real per capita income began to rise not only because of productivity explosions but also because of large scale emigration to newly discovered Americas. This released the pressure off the motherland and movement of people was accompanied by subsequent movement of capital/investible resources. This higher level of income for the immigrants was compensation for moving across continents. By the time the third world countries gained independence, the race for colonisation was over and there was no way to release the pressure off their landmasses by settling in ‘newly found’ territories. The growing pool of reserved labour which neoliberal capital failed to absorb in productive activities languished in low return sectors of the economy at subsistence levels. In the Indian context, this sector is the agricultural sector that has always been the ‘fall back’ sector of the masses in times of distress.

In India, the workforce (both organised and unorganised) is deeply rooted in the agrarian sector. This happens because the bargaining strength of urban workers are closely associated with incomes of the agriculture-dependent working population. According to Prabhat Patnaik, this means that if the agricultural income falls due to withdrawal of government support to this sector, there follows a synchronous movement of incomes of the entire working population of the economy. This means that if the government fails to act appropriately during the current rabi procurement season, it might spell bad news not just for the agricultural sector wages but indirectly impact the entire working-class wages as well. If the same happens in urban economy, (which has been evident in current times due to the large-scale migration of workers back to rural areas), working-class income everywhere gets affected.

Wage determination, therefore, becomes less and less a function of demand and supply and more and more a function of class power. If we take the regular demand-supply framework into consideration, we realise that the present pandemic not only causes a negative shock on the aggregate demand levels but also the aggregate supply levels. Fall in aggregate supply levels takes place due to supply chain disruptions affecting all sectors of the economy causing surplus available labour. The fall in aggregate demand levels causes an uncertainty shock which may cause negative business sentiments as a result of which new factories may not be planted in the near future (as long as firms do not offload current inventories). Now, the standard classical theory would tell you that if people are willing to work at lower wages, markets would clear and higher rates of employment would be witnessed at lower equilibrium wage levels. This trend was neither observed during the Great Depression nor is it observed today as people live hand to mouth. Which sector receives bailout by government as the menace of livelihood loss looms large remains a larger political economy question with vested class interests.

Wages are socialized during pandemics. However, State will and political-economic architecture has a big role to play in this. For example, in the US where there is no state social security, nearly 3.3 million retrenched workers filed for unemployment insurance in one week. The number seems to be becoming larger and unsustainable in view of the paltry relief package providing for a week’s wages. In Germany on the other hand, government infrastructure in the form of a Kurzarbeit system allows for job retention in times of crisis along with state replacing most of its lost earnings. What then happens to nature of economic activities in the US, a nation consumed by its own antagonistic capitalistic fervour? Well, the unemployed pool of people seek employment in gig economies at lower income levels with the owners of these enterprises exploiting them at lower wage levels due to their reduced bargaining power. While on the one hand an average American toils, mega capitalists on the other hand build economy controlling monopolies during pandemics. Google and Amazon do not require bailouts; they infact end up privatising public utilities making huge amounts of money. Amazon, for example, is subsidized by postal services which itself is ‘going broke’ in the US. The income levels of mega capitalists go on increasing while that of the working class goes on decreasing with an increasing inequality between the two contributing to reduced bargaining power for the latter. Such class power is a huge determinant of wage rates in the economy. This is reflective of the nature of markets which are more imperfect and monopolistic than free.

In the Indian context, the situation is far more grave than it would appear. With more than 90% of its working population engaged in informal activities lack any form of social insurance hence a constant stream of income once economic activities halt. They return back to the rural economy which has already faced a slowdown for the past 2 years apparent in declining rural expenditure for the same time period. Increase in agricultural prices in international markets till January 2020 was keeping the agricultural wages afloat but ever since prices started crashing in international markets, incomes suffered. An overbearing number of self-employed, casual and contractual workers in the informal economy such as artisans, labourers, handicraftsmen etc patiently wait for government relief packages to be announced as economic activity slumps and they are devoid of not just a ready market but access to raw materials (supply chain disruptions). The demand-supply dynamics, therefore, plays no role in the informal sector where surplus labour is called up at will to work at piecemeal rates re-embedding their already weak bargaining position and no option except to migrate back when laid off from such employment.

In that case, is the unionised worker better off? In a recent letter, the Parliamentary panel said that industries could not be forced to pay wages under lockdown. For a moment it seems to be nudging market forces of demand and supply to settle where free markets will. However, if the growth in natural labour force is not absorbed by employment opportunities, it will lead to a collective fall in the bargaining strength of the workers. At a time when the economy is looking at historic levels of unemployment not just in India but worldwide (almost as high as the Great Depression), letting market mechanism rule the roost without appropriate social security measures will be more hurtful for the economy. Standard Phillips’s curve equation will tell you that a higher level of unemployment will set lower wages; it, however, does not define the hurt or pain the higher level of unemployment causes for the overall economy.

In a post-pandemic world, labour-saving techniques are bound to be used to minimise contact with the production process. This will transfigure the production processes and spell disaster for the labour surplus economy. The extent to which these are introduced and amalgamated to redefine wage-setting rules is a function of political economy of development more than forces of demand and supply. 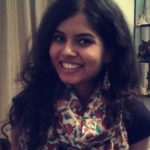 Nishat is Masters in Economics at JNU with a keen interest in the development and Political economy. She has done her graduation in BSc. Economics from St. Xavier's, Calcutta. She is interested in Policy Research and likes to blog on economic issues especially on Heterodox school of economics.