Why did I feel miserable when I learnt that I had scored 1.5/5 for my Tute test but immediately relieved when I found out that it was the group highest? Does loud music really affect the way I drive (my dad argues about it with me always)? Will I feel ‘The joy of giving‘ if I was paid for donating blood at the blood donation camp? Why are parents rushing to keep their children in every possible activity they can afford them to get into? Why do we still use Anti-biotics for viral fever, though we know its cause by virus? These are the few questions that popped up in my head while reading Dan Ariely’s Predictably Irrational. Dan Ariely is a professor of Behavioral Economics and Psychology at Duke University. Behavioral Economics study the effects of psychological, social, cognitive and emotional factors on economics decisions of individuals. According to the basic assumption of standard economics, all decisions are rational and informed; under this assumption every person is trying to maximize his or her profits or utility. But is our assumption of rationality true? Behavioral Economists, as Ariely puts it, believe that people are susceptible to irrelevant influences from immediate environment, irrelevant emotions, short sightedness and other forms of irrationality. Ariely puts forward this idea of irrationationality which he asserts to be systematic in nature in the most wonderful way possible. He carries out different experiments which are carefully designed and planned. These experiments range from excellent to the ridiculous, and include experiments where Ariely leaves plates of cash in communal refrigerators, as well as six-packs of soda, to show that individuals are honest about cash but not soft drinks and experiments wherein he gives his students an opportunity to cheat, but asks them to recall the ‘Ten Commandments’ beforehand, to show that a reminder of a moral rule decreases cheating. The most exciting fact about his experiments are that his sample points are none other than M.B.A. students of Duke University and Massachusetts Institute of Technology, who are apparently some of the most rational individuals.

Ariely starts off with what motivated him to start thinking in the direction of Behavioral Economics. He was injured in an explosion that left him with 70% burns all over his body when he was 18 years old. He was wrapped in bandages for the next three years and that is the time he started looking at things differently, in a way that left me (like most of the other readers, I’m sure) awestruck.
Here is a gist of his book,
The  chapter that I liked the most deals with the idea of relativity, which he concludes by his experiment that we not only tend to compare things with one another but we also tend to focus on things that are easily comparable-and avoid comparing things which are not comparable easily. For example, If 3 offers are for a subscription ,
1)Only online subscription for $59,
2) Print Subscription for 120$
3) Online and Print Subscription for 120$
Did you choose the third option? Well, I did, as well as the sample points in his experiment. Now what would you choose if the second option did not exist? Probably you’ll take some time as options 1) and 3) are not exactly comparable. He calls the second option a ‘Decoy‘, the presence of the decoy wants us to choose 3) immediately. This strategy is used by many marketers, they create a new product much alike but inferior to their main product. They set the inferior product at a higher price than the main product which makes considering the main product to be profitable.
Next Ariely focuses on why the price of pearls and other valuables are so high. His experimental conclusion is that we anchor prices. But how do we decide on these anchor prices? It is just the way in The Adventures of Tom Sawyer, how Tom makes painting the fence a coveted task by manipulating his friends. So the choice of the initial price is arbitrary but once those prices are established in our minds they shape not only what we are willing to pay for an item but how much we are willing to pay for related products. So we can’t actually compute the pleasure value instead attach arbitrary anchors. So Ariely suggests that it is the anchors and not our actual preferences that determine our behavior in the marketplace.
Ariely investigates the irrational excitement of zero price as he describes zero as not just another discount but a different place. He concludes via his experiments that what we may or may not buy for a 70% discount, we would grab if it was for free. This result has great implications for policy making as he suggests that if we want more people to drive electric cars, all that the policymakers need to do is not lower the registration and inspection fees rather eliminate these and as in the case of Amazon shipping in France when they changed the promotion in France to free shipping, the response can be very enthusiastic.
He finds out via his experiment that money is very often the most expensive way to motivate people but social norms are not only cheaper but more effective. As Beatles had proclaimed ‘Can’t buy me love’, social norms can make a difference in the long run. Today, even Corporates also realize the benefits of establishing social norms with their employees which makes the employees hardworking, passionate, flexible and concerned.There are social rewards that strongly motivate behavior. To boost the employees, employers can ‘gift’ them small long term benefits and rewards.
In yet another portion he tries to explain that if we don’t really know ourselves then it is not possible to predict how others or we will behave- when we are out of our heads-when we are angry,hungry,frightened or sexually aroused. He goes further on saying that human beings are an agglomeration of multiple selves. He carried out an experiment which invovled persons answering a questionairre when they were at their ‘cool state’ and then answering the same in their ‘hot’ or ’emotionally driven’ state and to his surprise people who would be considered to be morally sound all the times are ready to indulge in the most immoral activities when the are in the ‘hot’ state.The results were same across three universities he conducted the experiment in.
Human morality can be affected by outer forces.For example, in the cheating experiment, Ariely discovered that any reminder of a moral code ,from the Ten Commandments to the college honor code, would affect a student’s willingness to cheat, even when there was no way he could be caught. And while it is easy to slip a few pens and pencils from the office desk, it is difficult to grab some dollars that are kept in a jar for charity in a situation where there is no danger of getting caught. He concludes that non-monetary objects influence our(the supposedly honest people)cheating and the moral burden is easier to carry.
He carried out an experiment where he physically shocks participants and then offers them either $0.10 or $2.50 painkillers (which were actually Vitamin C tablets) to prove that price affects our expectations of efficacy. This is called ‘Placebo effect’ and has been under observation since time immemorial. ‘Placebo’ is a simulated medical condition that is intended to deceive the patient. So for medicines, price does affect the quality of the treatment for real as we believe that a costly medicine will do us better than a cheap one.
In yet another experiment with students that involved in playing a software game Ariely concludes that we cannot stand the idea of closing doors on our alternatives. Most of us can’t commit to just one activity. He says running helter skelter is a fool’s game, we have to shut many of the alternatives because they draw our energy and commitment away from our real goal and because they drive us crazy and what is crazier is focusing on the similarities and small differences of two things we take in account, making it all the more difficult to decide.

Ariely’s amazing sense of humor and simple vocabulary makes the book an enjoyable ride. Small anecdotes help us to connect the dots better. The way he delves into the past history to find out examples of irrationality with the topic concerned takes the book to another level.

So, to conclude, we have an explanation that my irrational side was satisfied with the 1.5/5, a car full of laughing persons or loud music does pump up adrenaline levels which affects my driving( Dad you win!), the reason why blood donation camps offer refreshments, souvenirs and picture with the blood drop instead of paying us for our social motivation, parents running around to catch hold of the different alternatives and placebo effect that gives us a sense of relief when we take an antibiotic when we are affected by a viral fever.
And thus, we all are simply our irrational selves when we assume that we are rational! 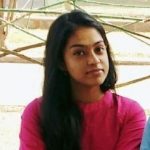 Alisha is presently a student at Delhi School of Economics. She has worked with Economic Research Foundation and Institute of Economic Growth.