As the Incumbent Government approaches towards the end of its one full term, here are the two deep cracks they should look out for and ensure healing at the earliest.

The first plunge we take on is to show how wrong our Nation has been since decades with the sentiments of the masses regarding Electricity. To give a clearer picture, let’s begin with the best possible anecdote from a lesser developed country that I have come across in recent reading.

Drocella Yandereye has a small farm in one of the world’s poorest countries in Rwanda where she grows maize, beans, bananas, and coffee. She has built a small house and turned the old one into a chicken shed. Her dreams travel beyond her village quite exemplified by the posters of world leaders and countries on her room wall. What makes her even more unusual is that she has ELECTRIC LIGHT; not the kind of bright, leave-it-on light that people in developed countries take for granted but a small solar panel connected to a wall mounted battery which powers a radio and three LED ceiling lamps. She also uses the battery to charge her mobile phone and a portable lamp that she hangs around her neck. Although the lamps are rather dim, they allow just enough light for her kids to study and also do not emit foul fumes of kerosene.

An approximately 140 years ago, a genius called Thomas Edison had begun selling filament light bulbs with the hope that the world will see the light of the day in the future. Unfortunately today, fewer than 1 billion people worldwide still lack access to electricity. Even though the Indian Government is racing against time attempting to introduce electricity to every single village by 2019, recent economic research shows, rushing to illuminate world is a bad idea. Let’s answer WHY?

The traditional method of bringing electricity to the masses includes building power stations and transmission lines which is still popular in our nation. Last year, the Government of India proudly claimed that it had connected every village to the power grid. We very well know the probability of that happening!! For years American satellites have been circling the Earth, measuring light levels at night and estimating how much is man-made. One straightforward use of such data is to see whether a place has electricity.  Brian Min of the University of Michigan has shown that the government’s ambitious plan to connect every village to the grid is less dazzling than it appears. Many newly connected villages do not quickly light up, perhaps because the power supply is so unreliable.

But that’s an ongoing debate and discussion we all are quite bored of by now. The crucial question here is WHY THIS UNNECESSARY OBSESSION?

To begin with let’s probe into the intensity at which electricity benefits poverty. If electricity and light truly transformed people’s lives, it might make sense to offer large subsidies for solar systems and grid connections or even to give them away. It might bring benefits that people could not have imagined. But there is little evidence of this. An extensive research study found that Rwandans who were given solar lamps responded by lighting their households more brightly, for more hours each day. They burned less kerosene, and their children studied a little more, especially at night. But the adults’ working lives changed hardly at all. Solar lamps appeared not to rescue people from poverty.

Nor did grid connection. A detailed study of rural Tanzania, where America’s Millennium Challenge Corporation built power lines and subsidized connections, found little effect on the adults’ welfare. Offering cheap connections cut the proportion of people living on less than $2 a day from 93% to 90%—hardly a transformation. Children’s lives changed, but perhaps not in a good way. Those who were connected went from watching almost no television to one and a half hours a day and did even less housework than before.

Hussain Samad and Fan Zhang of the World Bank estimate that connections boost the spending of people in the top fifth of the earnings scale by 11%. People in the bottom fifth see a meager benefit of 4%.

The bigger danger for India is that a connection to the electricity grid often puts the utility company—and ultimately the Government—on the danger front. Many newly connected households pay little or nothing for their power, either because the power company has a progressive tariff because people refuse to pay or due to theft of transmission lines illegally. An ongoing study of Bihar by the International Growth Centre in London finds that only 10% of people think it likely they will be penalized for failing to pay their bills or for an illegal hookup.

Needless to say, electrification does reap benefits and countries will have to bring power to their people eventually and sustainably, but to spend a lot of scarce cash doing so now, in the hope that benefits will turn up one day, hardly makes sense. 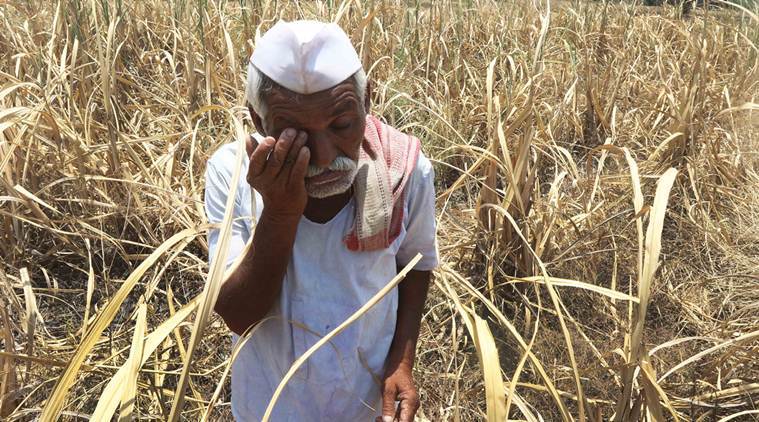 The hilarious bit here is every Government since time immemorial has come up with one and only solution to any form of farmer distress: Loan Waivers; be it suicides, rising input costs or falling output prices. It’s high time to go back to the past and decipher that agricultural loan waiver and subsidies do not benefit the poorest in rural India. In fact, they do little to relieve the indebtedness of the most vulnerable farmers who are either landless or possess smallholdings. These farmers are not considered creditworthy, have no access to institutional credit and are entirely dependent on the ruthless moneylenders who are bound to exploit them. Loan waivers do not alleviate the agrarian crisis that has deep structural roots in India’s economy, including uneven access to subsidies, skewed land ownership patterns, and degeneration of government-supported agricultural extension programmes.

Tons of news articles, brilliant editorials revolve around various economists providing solutions on these lines but looking back at the utter failure of both these instruments decade after decade should render enough signal to begin thinking outside the box. IT’S HIGH TIME.

Bidisha Bhattacharya works ScrollStack. Prior to
this she was a Consultant to the Fifteenth Finance Commission, Government of India and has worked as a Political Researcher in Prashant Kishor’s Strategic Research and Insights (SRI) team at I-PAC.

While most of the country bore the brunt of the #s

For the first time in 12 years, #incometax collect

In this news briefing, we cover the most important

#Bangladesh has seen both structural transformatio