IL&FS Conundrum – Triggering the panic button in the Indian Economy?

On the eve of the 10th anniversary of the slump of Lehman brothers that set off the 2008 global financial crisis, India’s leading infrastructure development and finance company, IL&FS defaulted on its payment obligations to its borrowers triggering a shock wave in the Indian markets.

Over the years, the shareholder composition has widened with players like LIC, SBI, ORIX Corporation of Japan and Abu Dhabi Investment Authority (ADIA) coming into the fray. 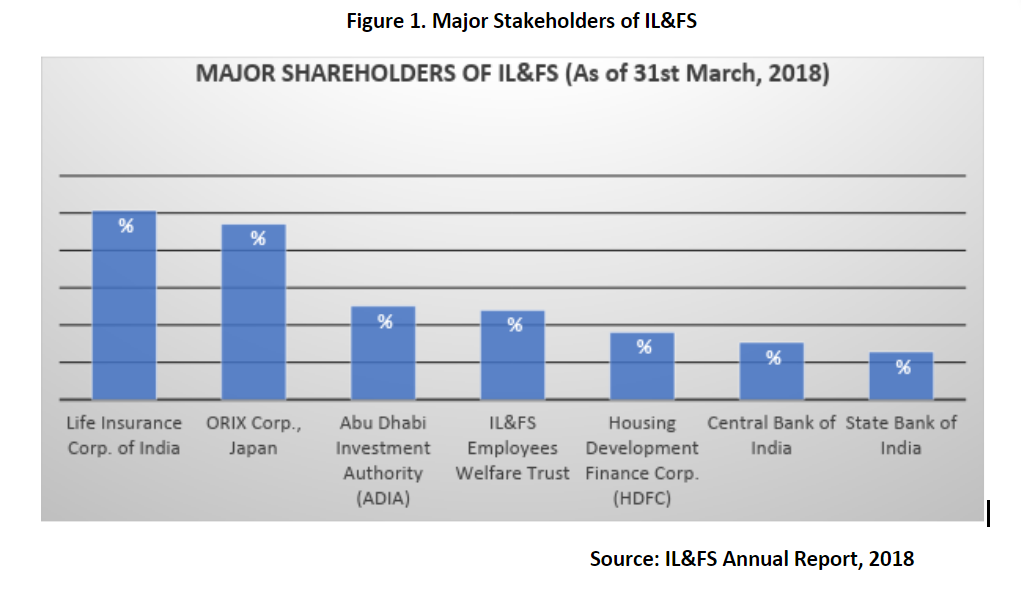 Despite being acknowledged as the pioneer of PPP (public private partnership), the majority stake is state-owned and this has in turn made IL&FS quasi-sovereign. Risks were borne by the public but the returns became private.

The Crisis that befell IL&FS

IL&FS defaulted in its payment obligations of bank loans and failed to meet the commercial paper redemption obligations due on September 14, 2018. It also has a repayment worth $500 million due in the second half of this fiscal. But, the available liquidity is estimated at $27 million.  On September 15, 2018, the firm reaffirmed that the it had received notices for delays in servicing inter-corporate deposits accepted by it. As a result of this, major credit rating companies such as ICRA (a unit of Moody’s), Fitch-owned India Ratings & Research and CARE downgraded the credit ratings of IL&FS.  The short-term credit rating fell to D (on September 17, 2018) indicating default from a rating of A4 (as of September 8, 2018) and A1+ (as of February 19, 2018). 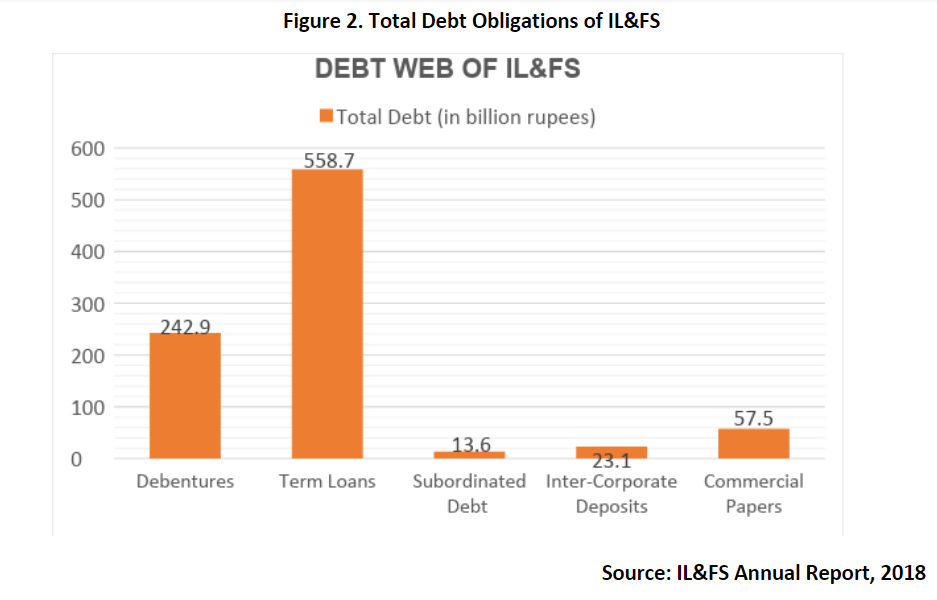 The defaults coupled with the fall in its ratings put the stakes of investors, banks and mutual funds associated with IL&FS in jeopardy. The short-term debt increased by 30% to Rs.13560 crore during the year as per the firm’s annual report. A total of 33 funds spread across liquid funds, short-term bonds and credit risk funds were adversely affected by the crisis. The cumulative valuation of these funds amounted to close to Rs.2308 crore.  In addition to the credit risk funds that were invested in IL&FS Transportation Networks Limited, medium duration funds (worth Rs.12.52 crore) and ultra-short-term funds (worth Rs.62.58 crore) were also a part of the affected portfolio. 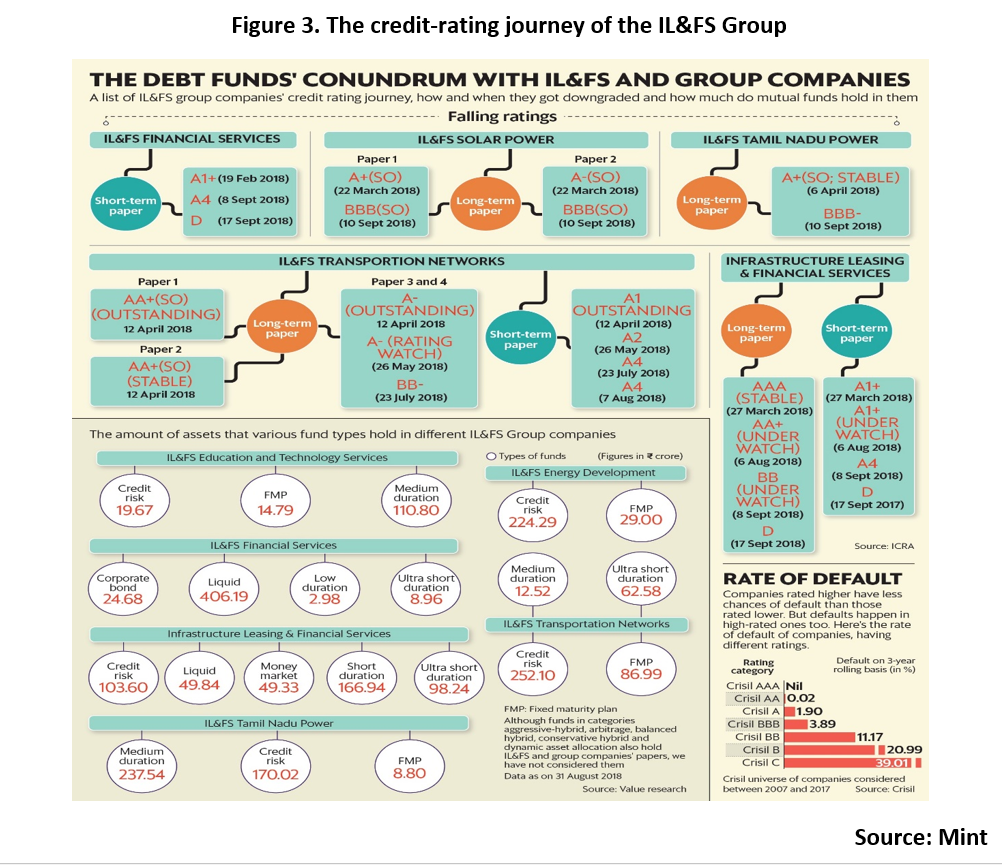 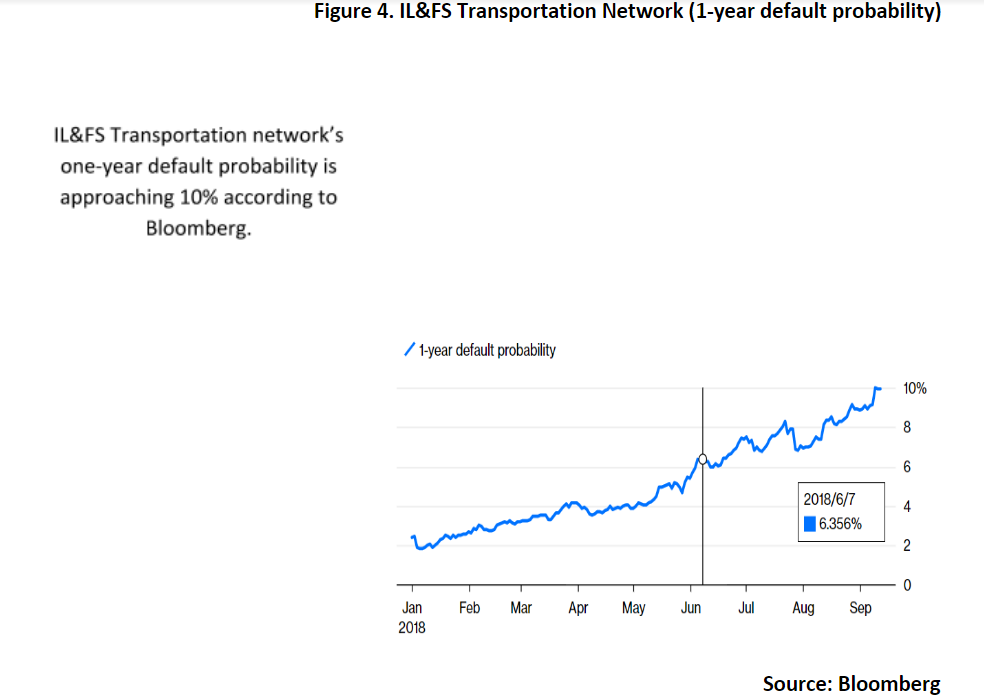 Considering the perils of the IL&FS debacle and its potential to disrupt the economy as a whole, the government seized control of the firm by superseding the current board. This move by the government was pivotal in many aspects. Firstly, the government at the helm of affairs assures the lenders of repayment of the outstanding loans to IL&FS. Secondly, this move will to some extent put an end to rumors that mutual funds had started facing redemption pressures from its investors. Thirdly, the move marks the beginning of a restructuring plan to put the firm back on track by identification and valuation of assets, sale of assets and repayment of debt obligations.

This drastic step, the second time in the past decade (the first instance being Satyam Computers in 2009) was taken by the government under section 241(2) of the New Companies Act, 2013. The ministry of corporate affairs approached the National Company Law Tribunal with the perspective of superseding the existing board. The tribunal approved the names of six directors with Uday Kotak, MD of Kotak Mahindra Bank heading the new board.

This move restored the confidence in the investors with the stocks of all listed IL&FS subsidiaries regaining lost ground. But, the problem is far from being resolved. The IL&FS group needs access to long-term funds in order to meet its current liabilities and future fund requirements. The new board will have to identify projects that can be sold or divested in order to increase liquidity. 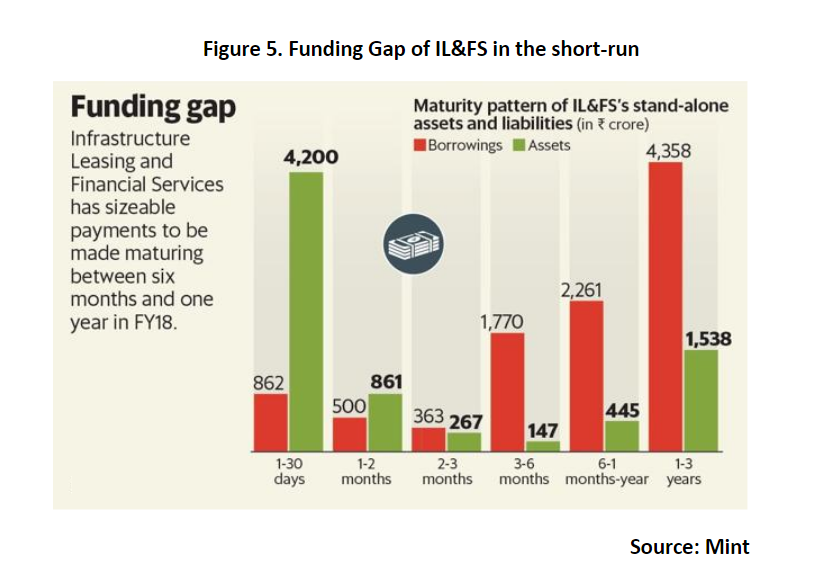 Once this issue is stemmed, the bigger task would be the clean-up process. Identifying the root cause of this debacle, taking stringent action against the existing management, debt restructuring and tweaking the existing model of IL&FS are a must to revive the sliding fortunes of the firm in the long run.