While our ancestors embraced the continuum of happily-ever-after stories, in had come rushing two friends, hand in hand, that although led to a significant creation of new opportunities but did introduce disruption and polarization both within and between societies and economies, names being, Globalization and the Fourth Industrial Revolution. That’s where the World Economic Forum begins its story.

In the year 2018, they went ahead and introduced the new Global Competitiveness Index 4.0, a much-needed new economic compass, built on 40 years of experience of benchmarking the drivers of long-term competitiveness. The index presents itself as an annual yardstick for policy-makers and economists to minimize the amount of importance given to short-term reactionary measures and instead analyse and forecast their long-term impacts. The index has organized itself into 12 pillars, namely, Infrastructure, Institutions, ICT adoption, Health, Skills, Macroeconomic Stability, Product Market, Labour Market, Financial System, Market Size, Innovation Capability, and Business Dynamism.

The report got published in 2018 and the index revealed a reality that showed the world economy in a surprisingly sub-optimal state. It’s been 10 years since the financial crisis with central banks has roughly been injecting a net amount of 10 trillion dollars into the global economy with productivity-enhancing injections such as new infrastructure, R&D and Skill development. Clearly, Monetary policies seem to be running out of steam and there is a much-needed urgency for economies to rely on fiscal policy, structural reforms and public incentives to allocate more resources towards the full range of factors of productivity.

The 2019 report, additionally looks to the future, defining two significant issues of the next decade-building shared prosperity and managing the transition to a sustainable economy along with questioning their compatibility with competitiveness and growth.

Hence let’s not waste any time further and get right into the global findings and their implications. First, the profound competitiveness deficit seems to act as a huge deterrent towards improving living standards. With a decade left to reach the 17 Sustainable Development Goals (SDGs) as pointed by the United Nations, the world is far from being on track. On Goal 8 (Decent Work and Economic Growth), the least developed countries (LDCs) have religiously been missing the 7% growth target since 2015. Hunger is climbing up the stairs again with one out of nine people in the world victimized leading to an almost certain miss of the “zero hunger” target set by Goal 2.

Second, Productivity Growth started slowing down right before the financial crisis and has decelerated since its aftermath. Furthermore, with an intention to revive productivity many of the structural reforms introduced did not quite fall in place.

The 2019 results of the GCI 4.0 reveal the size of the global competitiveness deficit. The average GCI score across the 141 economies studied is 60.7, meaning that the ‘distance to the frontier’ stands at almost 40 points. On nine of the 12 pillars, the average gap globally stands at more than 30 points. Advanced economies perform consistently better than the rest of the world, but overall, they still fall 30 points short of the frontier. Singapore, the best performer overall, still falls 15 points short of the ideal.

Now while the debate can be the fact that the predicted slowdown is unlikely to manifest itself as huge as the Great Recession (2008-09), what needs to be understood now is Governments are left with fewer policy options today than they did back then in order to stimulate Aggregate Demand. Secondly, monetary policy might not seem to deliver as some countries are already experiencing a liquidity trap. And finally, the geopolitical context undoubtedly appears far more challenging than in 2007, with gridlock in the international governance system, and an escalating trade and geopolitical tensions fuelling uncertainty, which holds back investments, and increases the risk of supply shocks. Although loose monetary policy mitigated the negative effects of the global financial crisis, it may have also contributed to reducing productivity growth by encouraging capital misallocation.

Since the Great Recession, policymakers have time and again attempted to revive the global economy through the unconventional monetary policy. But despite the massive liquidity inflow, productivity growth has failed to give a positive response. With extremely low-interest rates and constraints regarding capital flow, banks have become less and less interested in lending to businesses and favoured firms that were not credit-constrained as compared to the others who might have held more potential in productivity. Under such circumstances, the only appropriate option to re-start growth from stagnation is by stimulating investment-led growth. In addition, a revived fiscal policy that incentivizes green investments could offer an opportunity to ‘de-carbonize’ the economy.

The above persistent issues do summon for a policy intervention but as history teaches us lessons, it should be limited to certain areas. To begin with, Openness and International Collaboration must be the need of the hour. No country, no matter how advanced, can never overcome environmental challenges basing on national policies alone, they need to discuss shared solutions to climate change. Secondly, carbon taxes and subsidies. The prices of carbon-intensive commodities do not efficiently capture the exact cost owing to unaccounted negative externalities.

Seventy-six percent of emissions are still not subject to carbon pricing. Phasing out subsidies to fossil fuels and implementing bolder carbon pricing schemes must be paired with measures that minimize the potential social costs of these reforms. Third, Incentives for Green R&D. The limitations and the continuous increase in demand explain why fossil fuels still account for about 80% of total energy consumption, despite the significant decrease in the cost of electricity production from renewable resources. More investments in research are needed to overcome these technical limitations and develop new technologies.

The solutions might appear far-fetched but if delved deeper into emerge as the simplest solutions to this worldwide fiasco. 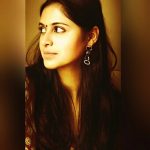 Bidisha Bhattacharya works at Think Bumblebee Analytics. Prior to
this she was a Consultant to the Fifteenth Finance Commission, Government of India and has worked as a Political Researcher in Prashant Kishor’s Strategic Research and Insights (SRI) team at I-PAC.