LESSONS FROM THE FINANCIAL CRISIS FOR TODAY’S MANAGERS

Of the three types of home loans – prime, Alt-A, and subprime, by 2005 the non-GSEs – banks, investment bankers, etc. have taken a lead over GSEs in securitizing the loans. The amount of securitized loans by private sector financial firms (banks, etc.) increased 30% more than GSEs. In 2006, these private-label MBS reached $1.15 trillion, 71% were subprime or Alt-A. Many investors preferred to invest their money in those financial securities which were highly rated by credit rating agencies, however, such securities usually carry low interest rates due to high safety. The CDOs created out of subprime and Alt-A home loans were risky and so they carried high interest rates. Since these securities were usually guaranteed through insurance companies by way of credit default swaps (CDS), etc.; these CDOs were highly rated by credit agencies. As a result, these CDOs were highly rated as well as carried high returns were highly preferred by investors – banks, financial firms, HNIs, etc. The origination and securitization of these home loans also depended on short-term financing from so-called shadow banking system – a banking system that acts like a bank, but is not a bank – non-banking financial companies (NBFCs). These originators and securitizer relied on commercial papers (CP) and repo loans from money market for their financing. The Federal Reserve – the central bank of the USA due to 2001 recession has kept short-term interest rates low. At the same time, the USA economy witnessed huge inflow of funds from both developed and especially developing countries like China, India, etc. This huge inflow of liquidity in the financial system also helped in lowering long term interest rates. The foreigners too preferred to buy securities in the USA which were highly rated as well as has high returns, the obvious choice were the MBS/CDOs curved out of subprime loans. This demand for such MBS/CDOs increased their prices in the market thereby creating an irresistible profit opportunity for the US financial system – offering more subprime loans, securitizing them, creating CDOs and selling them in the market at high prices. 70% of the subprime borrowers used hybrid adjustable-rate mortgages (ARM) like 2/28s and 3/27s – which has low interest rates for first 2 or three years, and then interest rates will rise sharply, and payments could double or even triple. However, if the borrower has established his creditworthiness in the initial 2 or 3 years, his loan will be refinanced usually by the same bank; else his house will be sold to recover the balance amount. Since real estate prices were rising, refinancing was not a problem for the mortgage bank. Thus, the entire home loan market worked under the impression that as long as home prices are increasing one can refinance such ARMs. By 2008 the banks in the USA were holding $1.325 trillion worth of such securitized loans, while other financial institutions were holding $2.644 trillion worth. $476 billion worth of junior tranches of CDOs were held by banks and other financial institutions. With house prices already up 91% from 1995 to 2003, the cheap flood of money and the securitization system helped home prices to shoot another 36% from the beginning of 2004 until the peak in April – 2006. The demand for new houses started to fall as there were huge number of houses already constructed and were unoccupied. This resulted in fall in house prices. At the same time, most of the ARMs were designed to readjust their interest rates during this period. The huge increase in interest rates on home loans and reduced ability of the banks to refinance due to falling home prices, resulted in increasing number of defaults on payment of EMIs by borrowers. This collapse in the housing market meant a wave of future defaults in the subprime area – a systemic event was coming. In late 2006, one of the largest mortgages firm – Ownit Mortgage Solutions declared bankruptcy, and on April 2, 2007, with the failure of the second largest subprime lender – New Century Financial, it was clear that the subprime has ended. The defaults in EMIs of subprime mortgages affected the prices of CDOs drastically, which in turn made the short-term lenders who have financed these CDOs through CPs and Repo loans in money market, demanded more collateral from originators/securitizer, for their safety. Bear Stearns, one of the largest investment banker who have invested heavily in these CDOs through its two hedge funds, faced the wrath of the market. One of the lenders to Bear Stearns, Merrill Lynch seized its $800 million of the assets and tried to sell in the market to recover its money but was able to sell only $100 million of it. The illiquid nature and declining value of CDOs were by now evident in the market. In order to diffuse the situation, Bear Stearns injected $3.2 billion worth of loans to keep its hedge fund afloat. But in coming months, the funds lost 90% of their value and on June 20, 2007, two most celebrated hedge funds collapsed. This led to complete repricing of all credit instruments in the market and consequently an almost overnight halt on CDO issuance. This event was just the tip of a very large iceberg that had already been created and marked the event that led to systemic failure.

The investment banks like Ambac, Merrill Lynch, Bear Stearns, Lehman Brothers, etc participated heavily in MBS and CDOs. Most of their investment in these securities was done off-balance sheet. One fact was known to these investment bankers that CDOs were created out of subprime mortgages and were sold to investors in the market as bonds, were risky. So these financial firms instead of taking this risk on their balance sheet, created wholly owned, separately financed subsidiaries – special purpose entities (SPEs) or special investment vehicles (SIVs). These subsidiaries were responsible for issuing bonds from CDOs created/purchased by parent firms to investors mostly banks, hedge funds and other financial firms. These subsidiaries were financed both by the parent financial firm as well from loans from other financial firms. However, to issue bonds to banks, etc. require high credit ratings. So the financial firms took help of insurance companies who will guarantee the timely payment of interest and principal to the investors in case of default by the issuing firms. The insurance company in turn will receive an insurance premium from the bond issuing firms – SPEs & SIVs. Since most of the bond issuing SPEs and SIVs were principally backed by their parent companies and assuming no such default will take place, many insurance companies readily provided such insurance to bond issue created out of CDOs for a ‘free’ insurance premium. So, the whole system worked something like this – home owners taking home loan from mortgage banks, the banks pools these loans and either sell these loans to other financial firms or themselves create MBS out of these pools. The MBS were further sliced in CDOs comprising tranches mostly out of subprime or Alt-A loans. And the investment bankers will sell these toxic tranches of CDOs to investors in the market as bonds with high credit rating and low interest rate with the aid of insurance companies. With the overnight halt on issuance of new CDOs and repricing of existing CDOs in the market, the CDOs prices starting falling drastically which resulted in shrinkage of balance sheets of many firms. In beginning of 2008, Washington Mutual reported a loss of $1.87 billion dollars due to repricing of CDOs. Ambac – an oldest monoline insurance company who has guaranteed many bonds of SIVs and SPEs was not able to meet its insurance guarantees, its credit rating was downgraded by the credit rating agencies like Moody’s, etc. And by April 2008, another insurance firm MBIA , world’s largest bond insurer, along with Ambac, lost 90% of the share value in the stock market. Now, the market got a hint that all such bonds issued by SIVs/SPEs and guaranteed by insurance companies were not credible. The investors who have invested in such bonds now started looking towards the parent companies who have floated these subsidiaries. With pressure from the investors many banks and financial firms have to take the assets and liabilities of their SPEs/SIVs on their balance sheet, thereby exposing the hidden risk to the public. The huge losses on CDOs made the banks and financial firms to write-off losses from their balance sheet. The banks and investment bankers were not able to raise more finance from market, especially money market due to increasing distrust among the banks which created liquidity crunch. The write-off of huge losses by banks and financial firms, resulted in declaration of bankruptcy for many. In October 2007, Merrill Lynch reported $8.4 billion write-off. In first half of 2008, Northern Rock, the fifth largest mortgage bank in United Kingdom after experiencing a bank run in 2007, where all depositors rush to the bank to with draw their deposits, was nationalized the UK government. The US government signed Economic Stimulus Act of 2008 help the falling economy. The US government approved the plan of JP Morgan Chase to take over Bear Stearns, and Bank
of America’s takeover of Bear Stearns. The seventh-largest mortgage originator in the US, IndyMac was closed in July 2008 with a loss of $8-9 billion. The Federal Housing Agency brought both the Freddie Mac Fannie Mae under its fold as both GSEs were declared bankrupt. On Sept, 15, 2008, the world’s largest investment banker Lehman Brother filed for Chapter 11 bankruptcy. This event of Lehman Brother is now marked as the beginning of financial meltdown all over the world and thus the financial crisis. On the next day, the Federal Reserve of New York helped the largest insurance company AIG with $85 billion. Many banks, financial firms and firms like General Motors were helped by the US government under TARP – Troubled Asset Relief Program, where such firms were nationalized or bailed out. World over, the banks in Britain, France, Germany, etc. failed and were bailed out by their governments. The huge liquidity crunch in the market resulted in almost nil investment in new and existing projects. India being part of the global economy too felt the heat. However, since the Indian banks are tightly regulated by the RBI, the banks in India did not have problems like their western counterparts.

The lessons from the crisis are many. The lessons are hidden in the reasons for the crisis. The greed and low qualitative checks by the mortgage originators, reliance on inadequate derivatives protection, reliance on off-balance sheet vehicles, use of faulty CDO models, reliance on external rating agencies, role of credit rating agencies in helping the design of CDOs and later on rating them, reliance on poor risk measures and stress tests by financial firms and banks; reliance on insurance companies and their poor qualitative and quantitative checks; poor information dissemination and greed of various class of investors, and last but not the least the lack of proper regulations by the regulators. The crisis has broken the myth of free market economy where markets are supposed to work on their own guided by ‘invisible hand’ without any governmental intervention. At the end it was the government intervention that reined in the financial crisis. The regulators and governments in the US and other developed and developing countries are working towards tightening and creating new regulations for their financial markets. 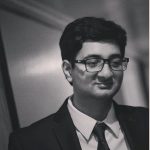 Rishabh Chaddha has worked with ICICI Bank and is an avid follower of contemporary drifts in Financial Markets and Business/Corporate Blueprint adopted by various Foreign/Private banks.